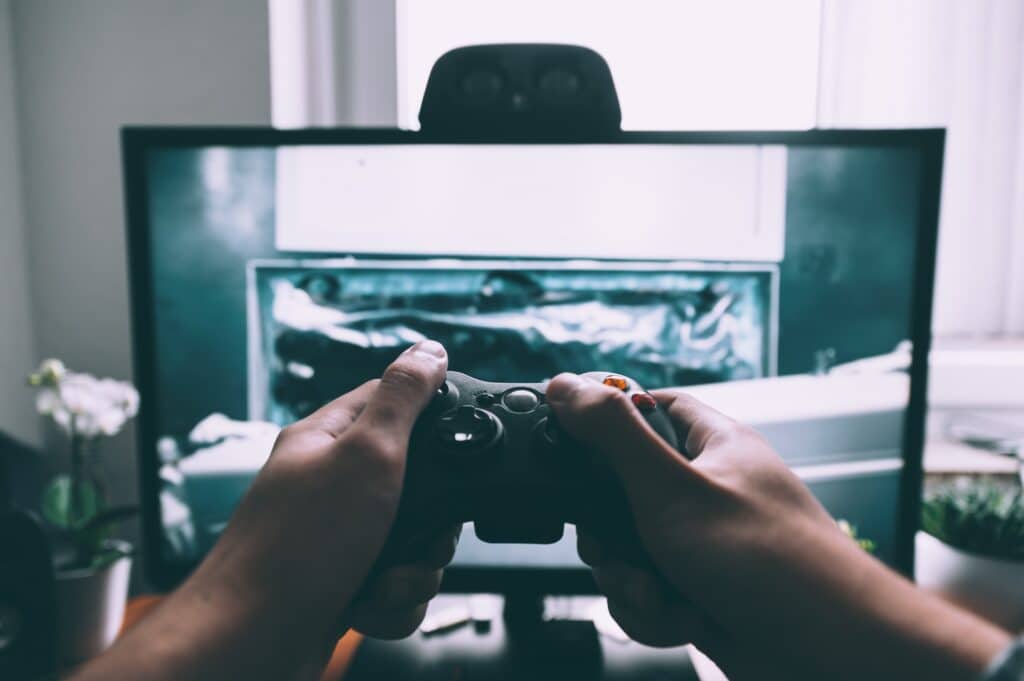 E-Sports, Virtual Reality and more – A recap of Gamescom 2017

Who thinks video games are only played by nerds or people who like to stay at home is totally wrong. According to the Bundesverband für Interaktive Unterhaltungssoftware (BIU) in Germany, currently 34.1 million people play computer and video games, so almost half of the total population. The trend doesn’t even stop when it comes to the older generation because with 8.7 million people in the age group 50 plus, this value corresponds to one quarter of all game enthusiasts. Therefore, the average age of the gamers increased from 31 years in 2011 to 35.5 years now. So, this kind of leisure activity follow not only teenagers and young adults, as one might assume.

Due to the huge target group, the market for video games offers a great potential and shouldn’t be underestimated as own economy sector. The discounter Aldi has identified that and right in time for the opening of the games exhibition Gamescom in Cologne on August 22, the company extended its already existing streaming service for music and books “ALDI Life” to videogames.

The increasing popularity of computer and video games becomes apparent considering the new visitor record which was achieved with 350.000 visitors this year. The exhibition, which is the biggest event for computer and video games worldwide, was opened this year for the first time by the German Chancellor Angela Merkel. She also underlined the importance of this industry.

Fans were allowed to test a lot of games on site, for example “Assassin’s Creed Origins”, “Super Mario Odyssey” or “FIFA 18”. Besides these new versions of well-known games, there were a few novelties. On Saturday, the last day of the exhibition, the producer Ubisoft organized an e-sports tournament in the agent game “Rainbow Six”. The best players competed in the finals. The Rainbow Six is an elite team, which is composed of special units from all over the world, for example the American SWAT team or the German GSG 9. They try to fight terror together in close combat. Team spirit and coordination is especially important for success and because of that it’s suitable for e-sports. This kind of competition is mostly played in multi-player modus and sees itself as own type of sport, which was one of the main topics at Gamescom this year. In Germany, e-sports is not officially accepted, but there are a few Bundesliga clubs with own professional teams. With the creation of their team in May 2016, FC Schalke 04 was one of the pioneers. The games are not only limited to soccer, there are also tournaments in “Counter Strike” or “League of Legends”. These sports competitions might be a little bit different, but also have a lot of fans and in the meantime they can also be watched on TV and not only on the internet.

In addition, virtual reality (VR) was a major topic. During the last Gamescom, it was announced as the future evolution of gaming, but we can see today that the technology is not well established yet. VR glasses are still too expensive and too small supply of good games. Furthermore, the games are exhausting because with the glasses you disappear in a completely new world which can be really exciting. Therefore, virtual reality games won’t replace traditional computer and video games for the moment. A better chance has augmented reality. This means extended reality and in contrast to VR, further elements will be added to the current environment. Since Pokémon Go, this kind of playing may have found a lot of fans.

The video games industry offers a high potential for development. So, we are already excited to find out what’s new at Gamescom 2018.