At this year’s company outing, we experienced a mix of adrenaline and good food. We drove to lovely Bayrischzell to the Hasenöhrl-Hof – a beautifully restored old farm. After the somewhat longer journey by car, Martin provided us with butter pretzels and fruit for refreshment. 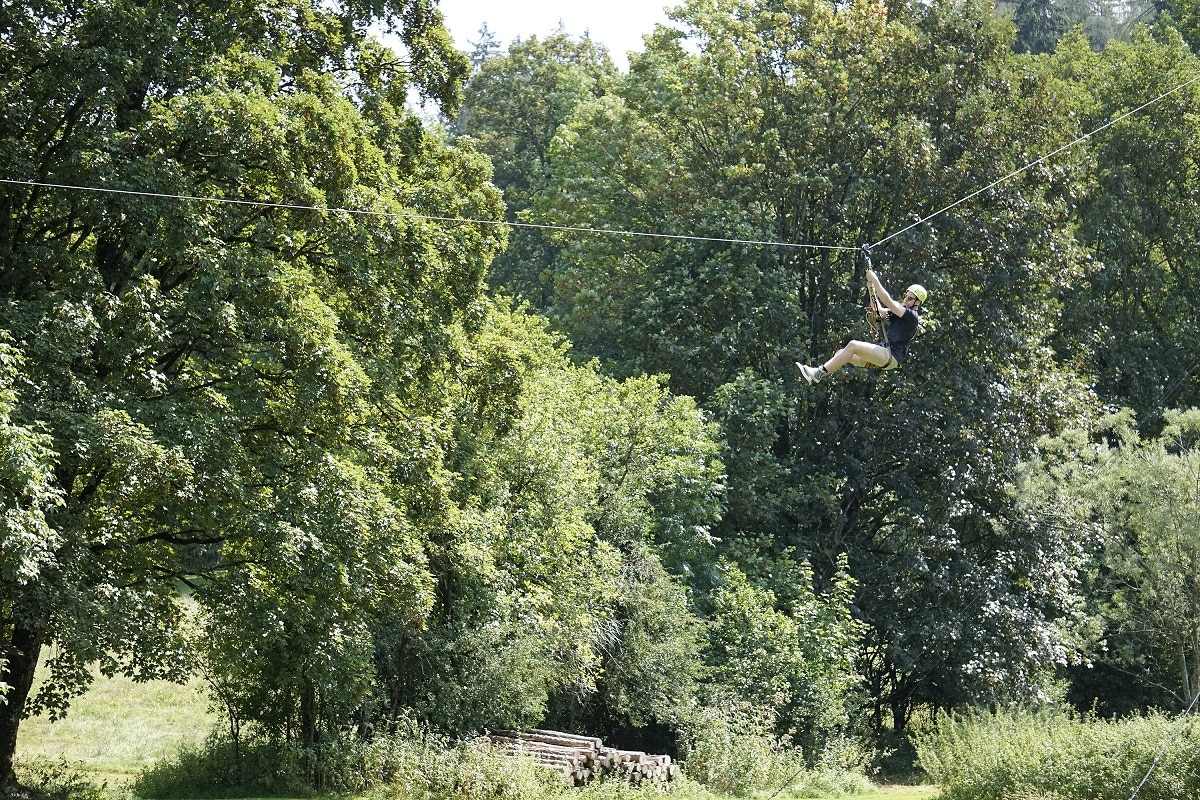 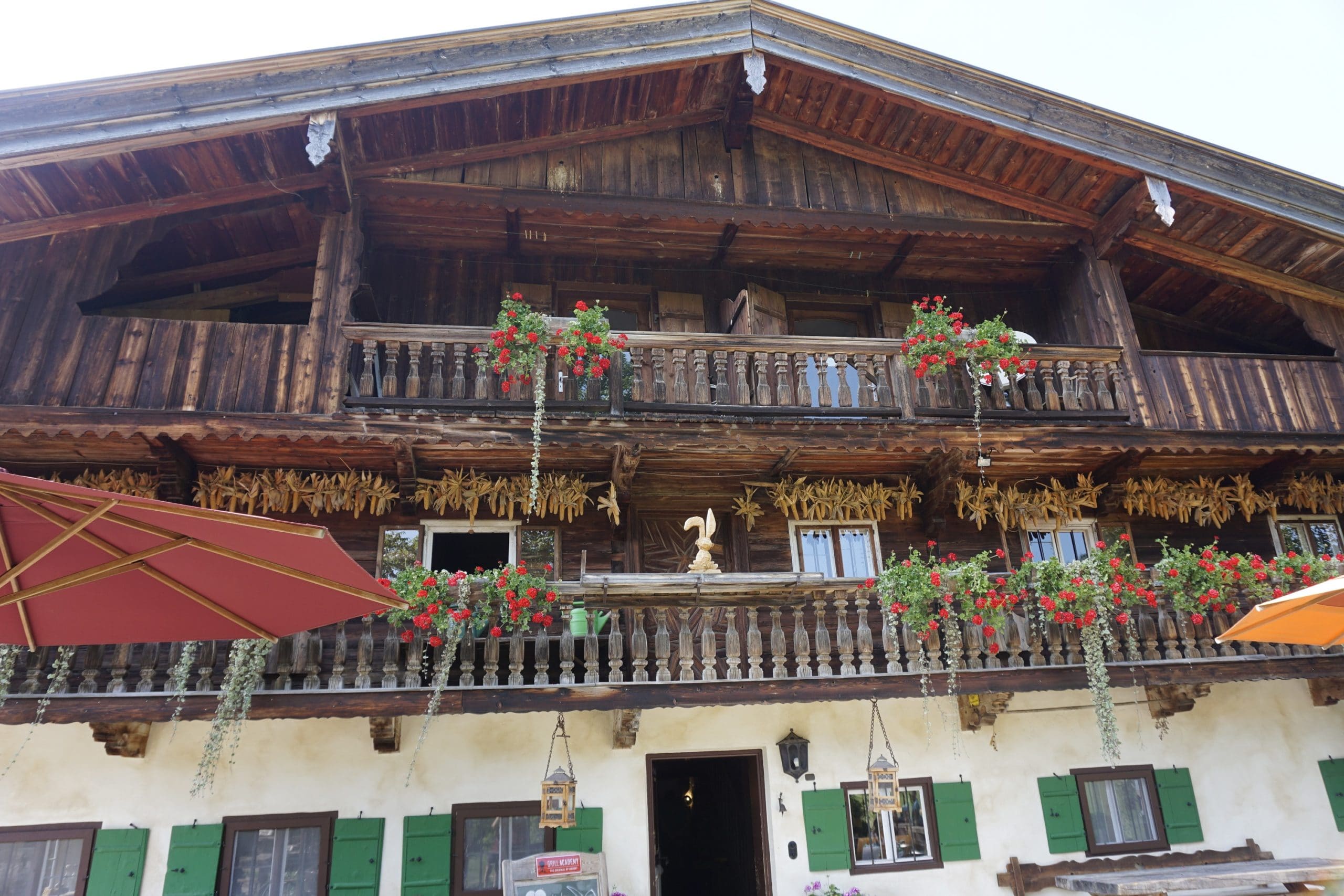 We were then welcomed by Andi, Gabriel, and Christina. All of them were experienced climbers because for HBI it should go high up: A mid-morning in the high rope course of the Hasenöhrl farm was planned. 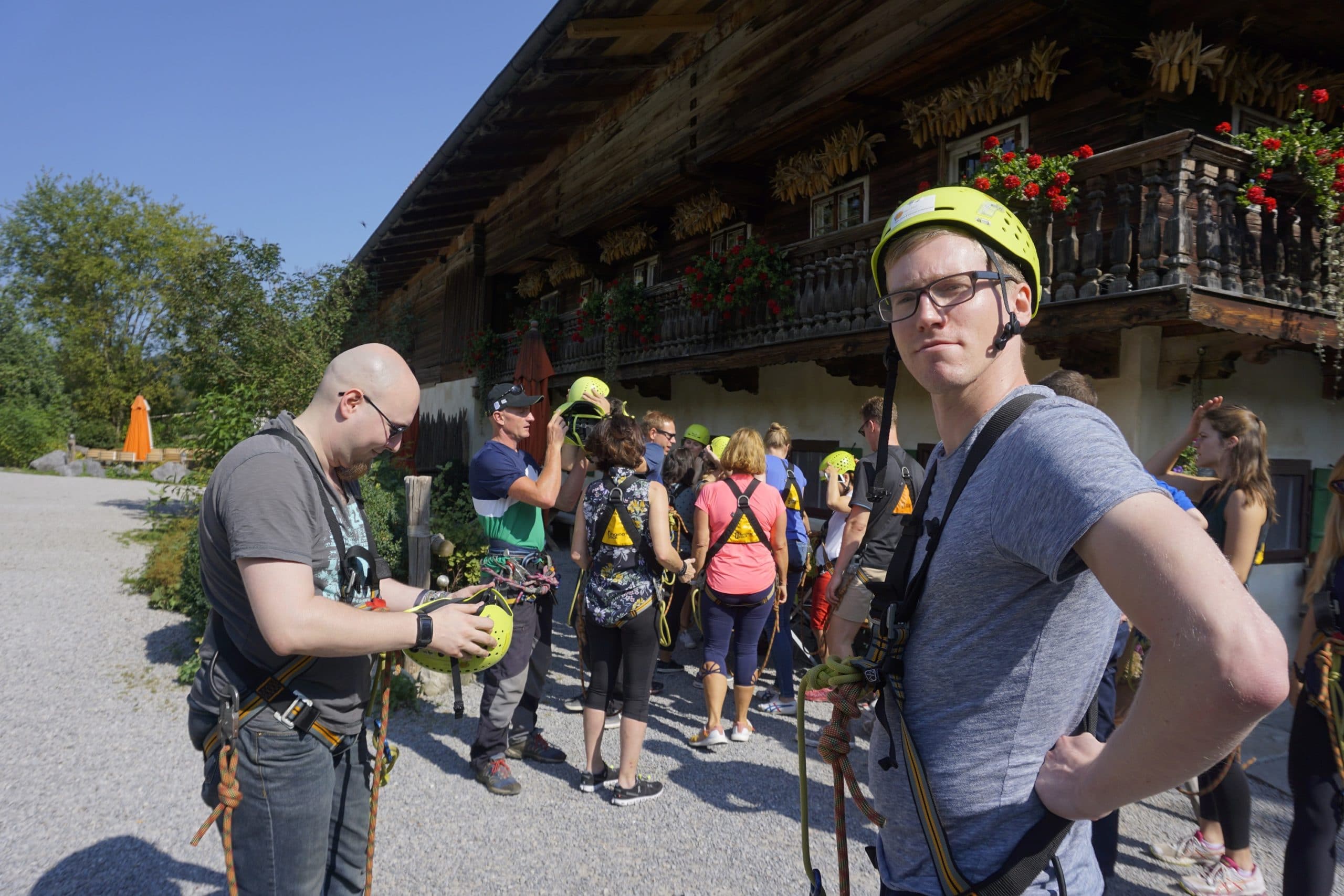 Our supervisors explained the rules and helped us to fasten the safety belts. After a careful last check, we directly went to the climbing garden. After the last safety instructions, teams of two were formed. 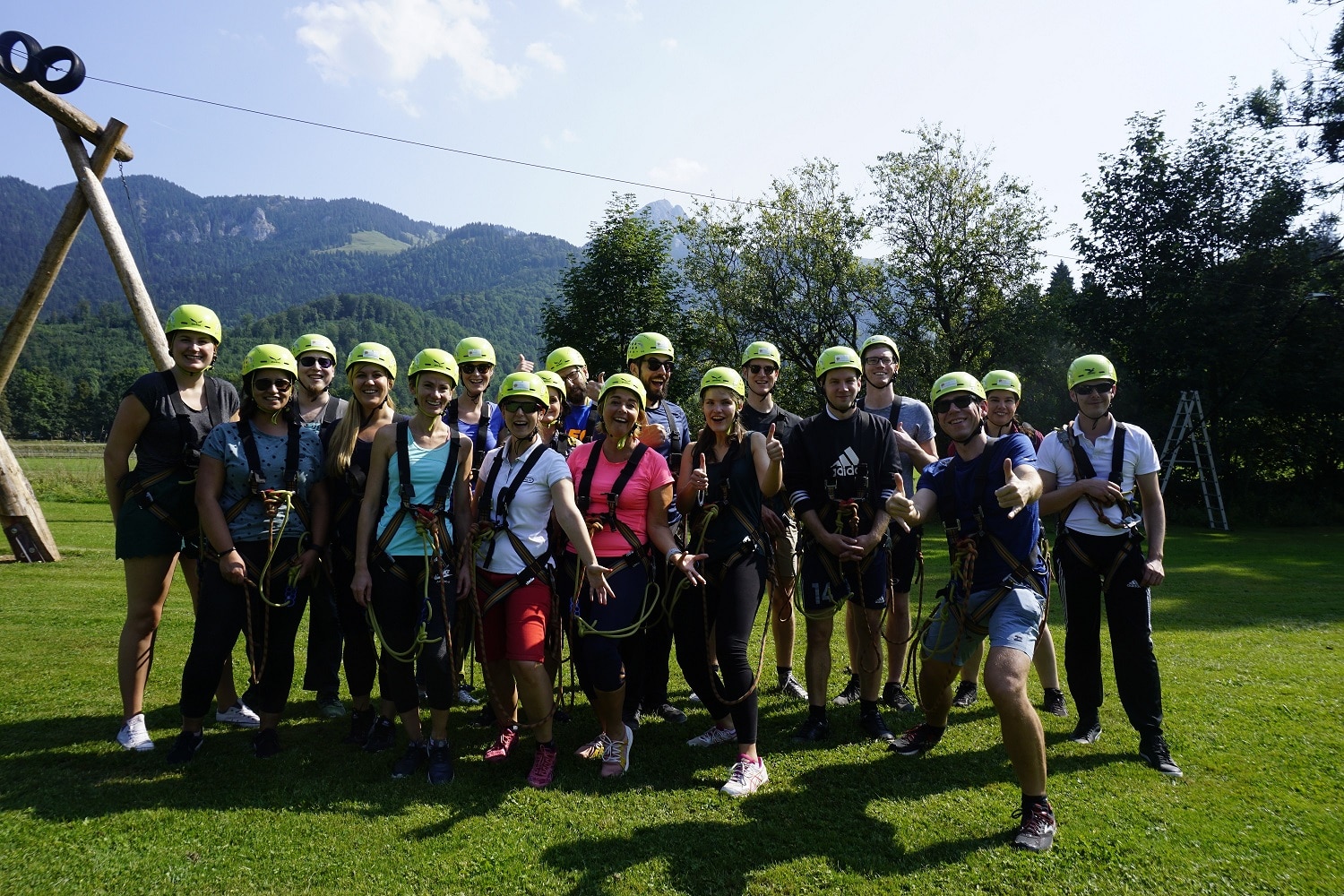 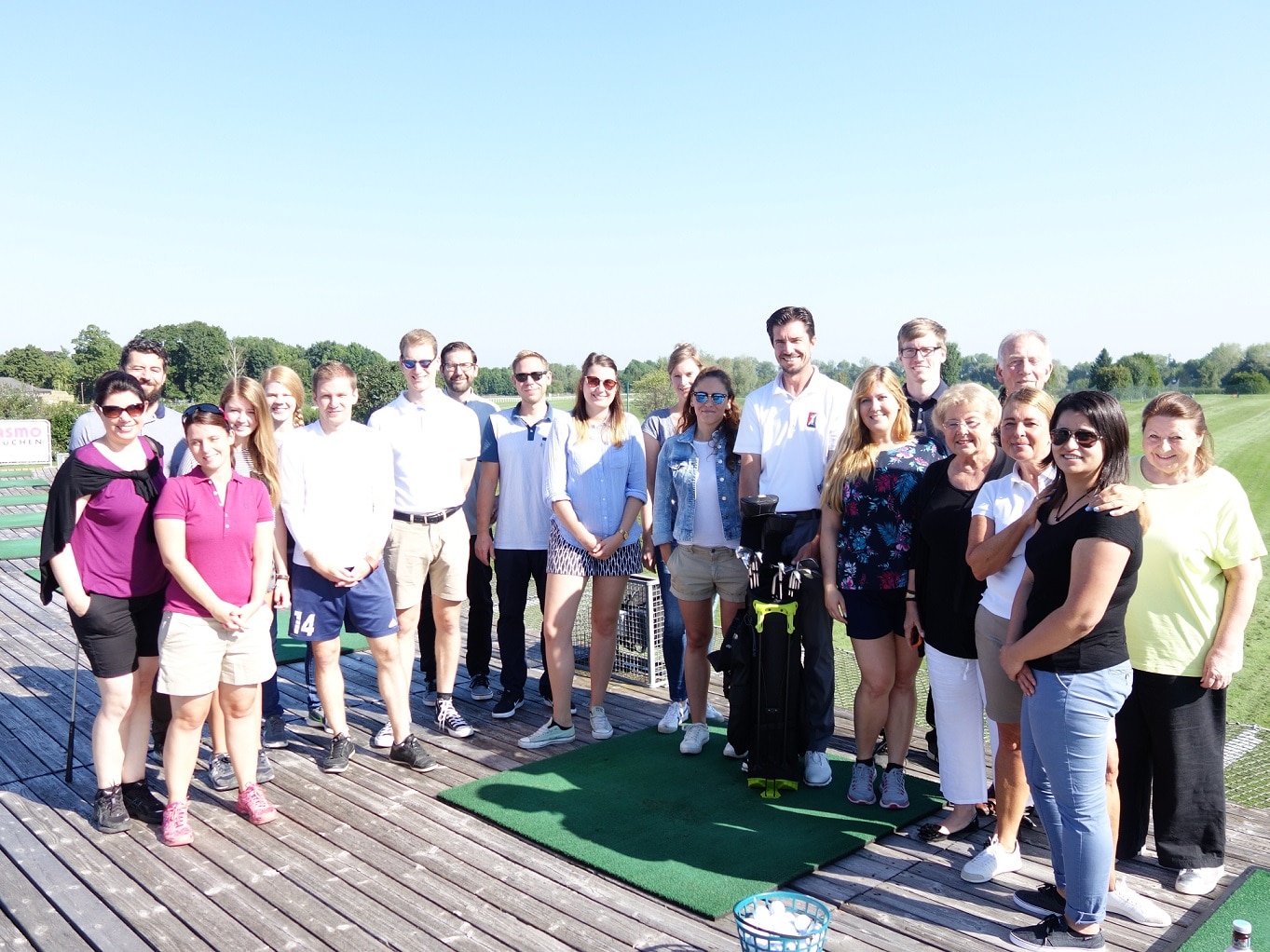 Arthur was the first to attempt the 14-meter-high platform, a difficult first exercise but rewarded with a great view. The advantage of the climbing garden was its modular structure. Each group could choose their own route according to their liking. And so the teams went their separate paths. Especially popular was a short Flying Fox, so that in result a “traffic jam” formed. Unfortunately to the chagrin of Martin who hung in the rope for several minutes before he could be rescued. 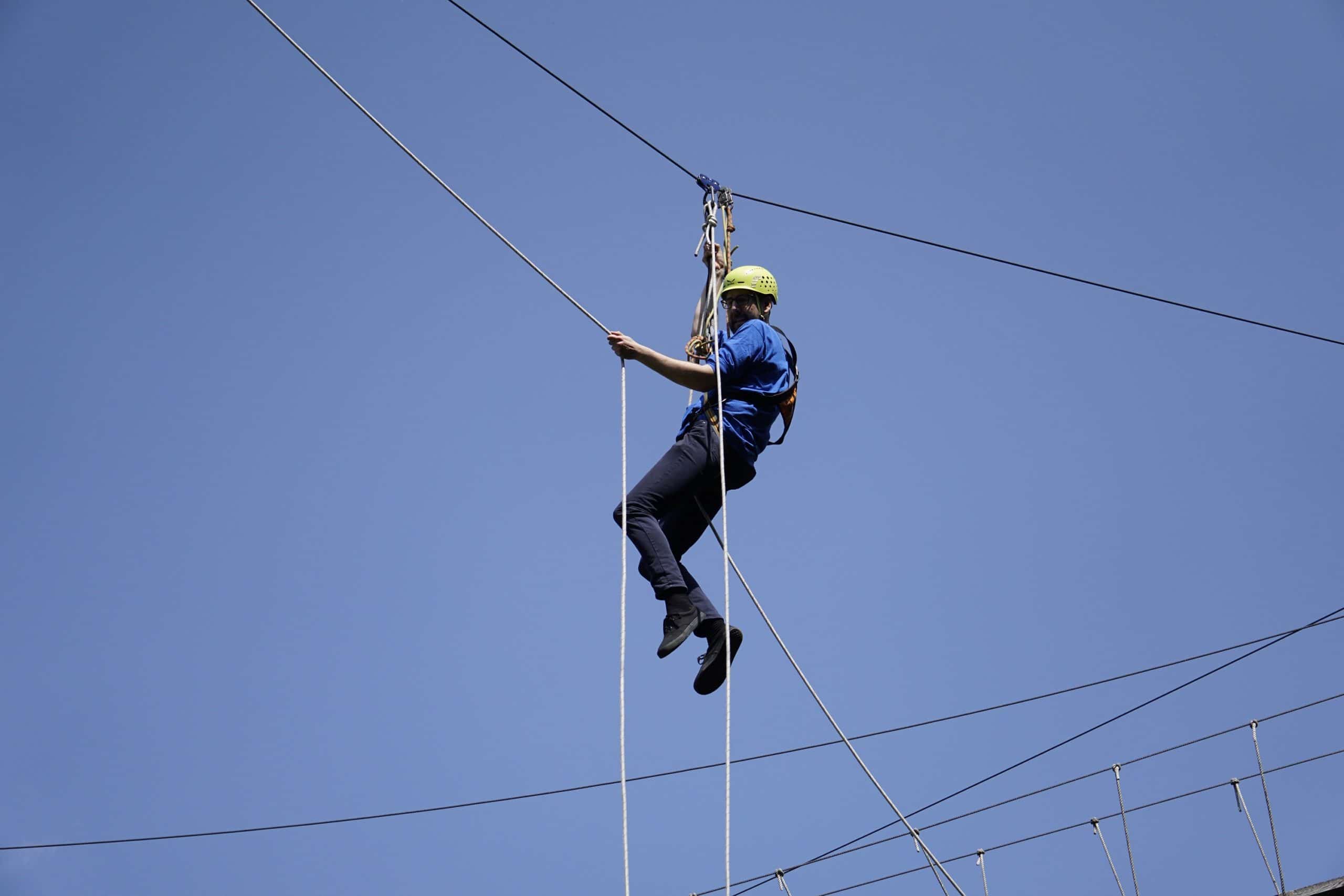 Arthurs fight with the x-ropes was remembered by many. However, all wasn’t without damage because Andrej and Simon got scratches during an exercise. The morning went by far too quickly. But the highlight of the day was the descent: A Flying Fox of 14 meters height back to the ground where some of us let out a mixture of screams of joy and fear. 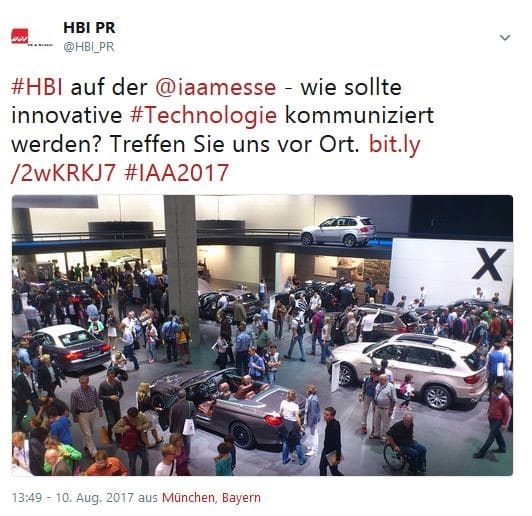 Afterward, the safety gear was taken off and the second, more comfortable part of our trip was on the agenda. Together with the cook Stefan and the landlady Anna, we prepared our own meal. Therefore, the tasks were drawn by lot. Duygu had the pleasure to set the table, Andrej and Cornelia were responsible for the drinks. Ebru, Mrs. Bailey, and Mrs. Bennecke prepared the starter: Bruschetta and smoked trout slices.

Caro, Laura, and Alex were responsible for the soup: Due to the warm temperatures, they didn’t want to make their colleagues sweat even more with a hot soup. Instead, they prepared a cold dish with cucumber with the hell machine 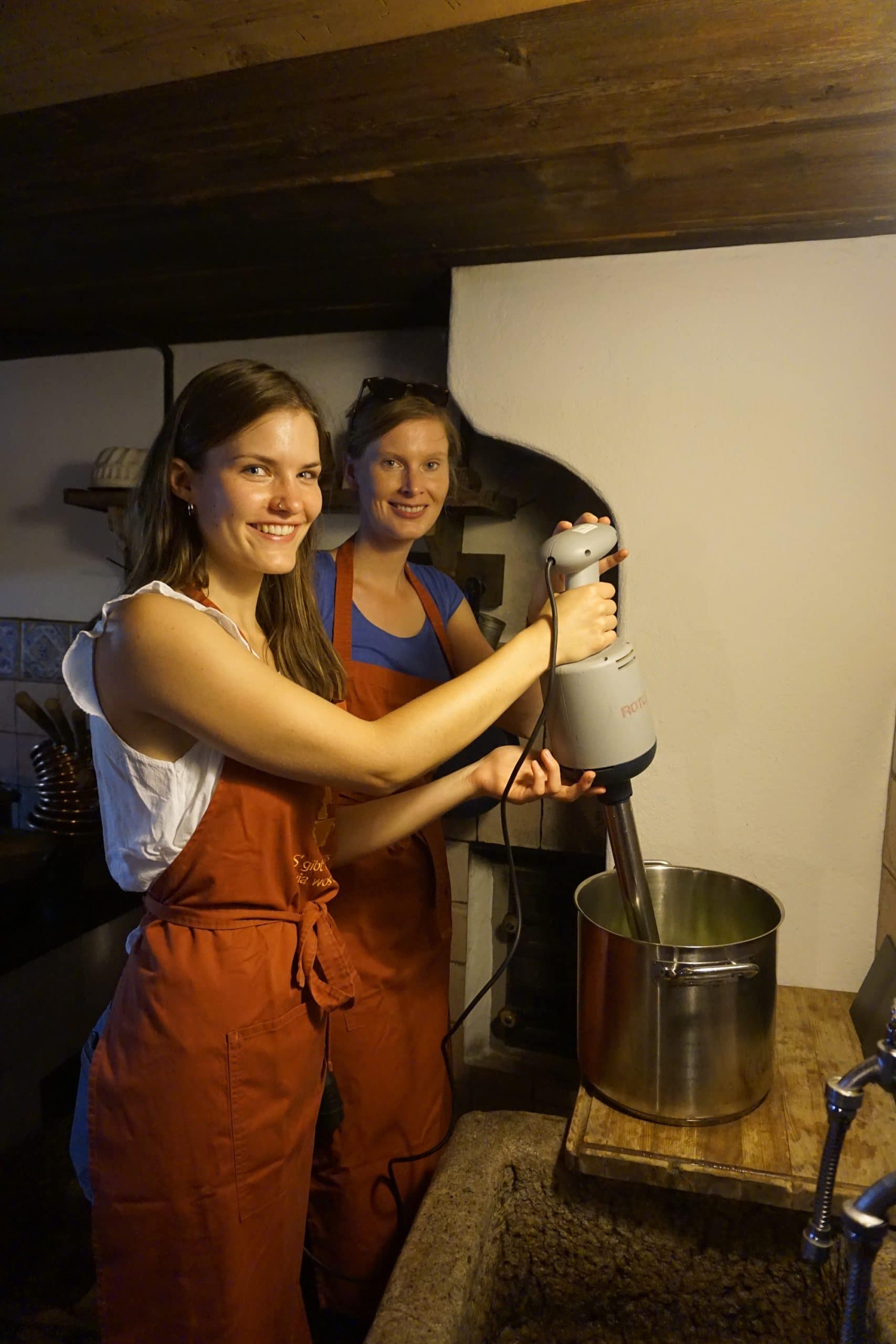 Stefan, Arthur, and Moritz were in charge of the salad with apricot dressing. Corinna and Simon prepared the main course: grilled steak with rosemary potatoes and pan-fried vegetables. For the vegetarians, there were root vegetables and carrots gratinated with cheese. 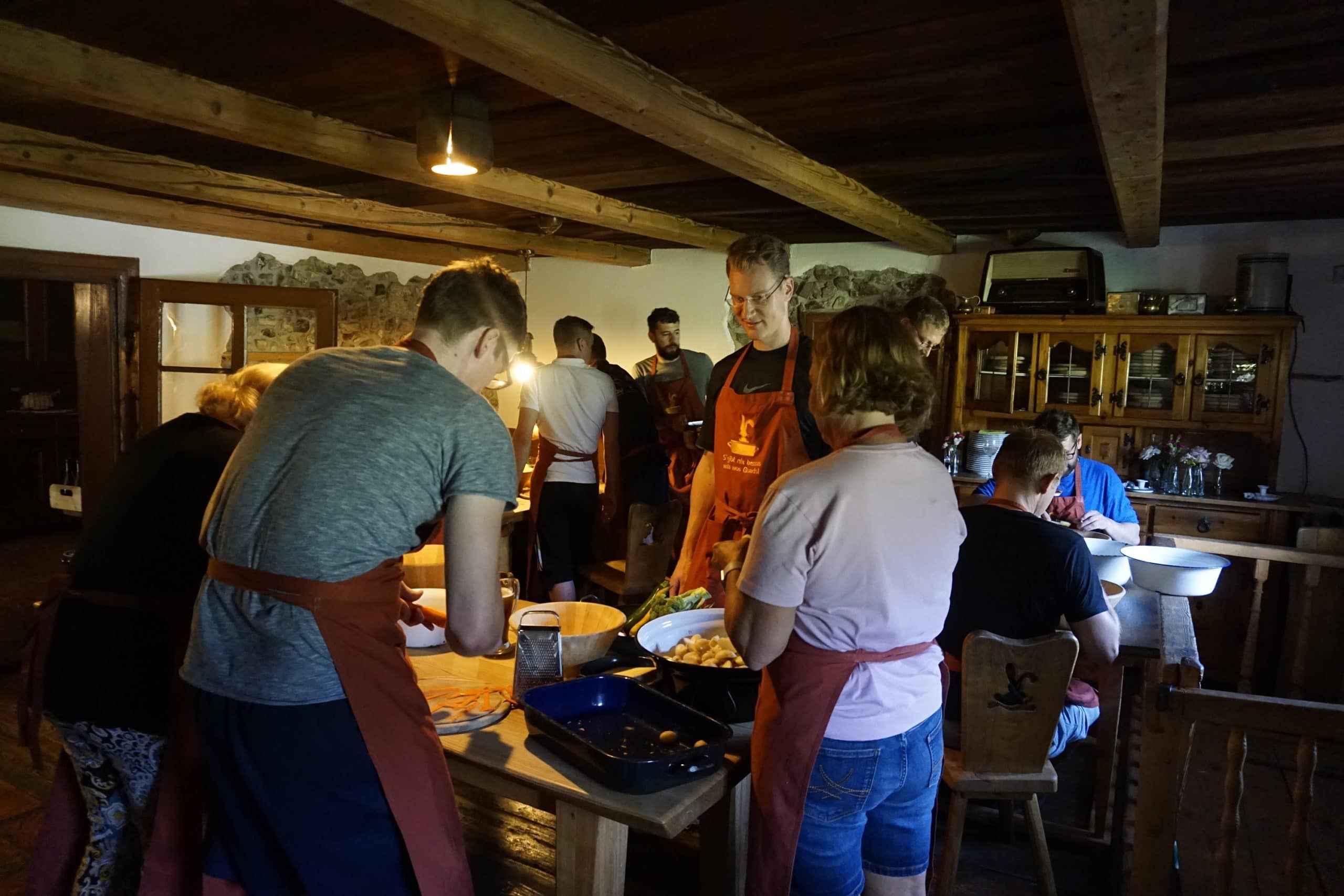 Martin and Christian prepared little apple cakes for dessert. Jasmin, Agnes, Tine, and Basti had a conference call and were able to avoid the cooking.? Finally, we enjoyed the self-prepared food in wonderful weather and let the day come to an end. – This article was written by Simon Herrmann, Account Manager at HBI