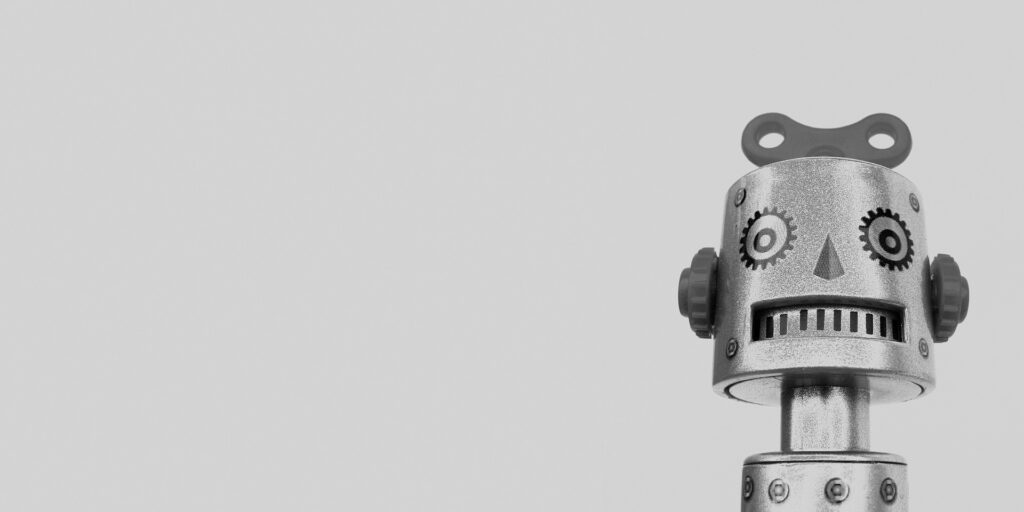 Artificial Intelligence, Cobots and Machine Learning – The Future of the Professional World?

When future generations will look at the first half of the 21st century, they will probably be talking about a time of radical change. Undoubtedly, our time is already exciting from today’s point of view for various reasons and sets the foundation for tomorrow’s world and the way we will live in the future. Apart from the big topics of our time, such as global warming, our way of consuming (social) media or political choices for the next few years, there is a topic that will affect everyone in the future: The future of the world of labor and the influence of machine automation and artificial intelligence (AI).

It is not the first time that technological progress has had an immense impact on jobs and people’s livelihoods. Typesetters, cartwrights and barber-surgeons are rarely, if ever, to be found in today’s world of work. For most extinct professions, this is a real step forward, as this work was usually exhausting or harmful to health. Of course, our work environment has constantly changed since the hunters and gatherers with the advent of new tools – most drastically probably with the introduction of the assembly line.

Virtual assistants, text analysis tools, the first partially autonomous cars or chatbots, are just the pinnacle of what we will experience in the future. It is understandable that many people get an uncomfortable feeling and fear that their own skills will no longer be needed in the future because a machine could potentially work better. Of course, some branches will dispense with people in the future, especially where work is dangerous or unpleasant for humans.

For humans, this does not mean, however, that artificial intelligence will replace our labor capabilities completely. However, we must change our image of an average working life. The traditional way of planning one’s life, according to which one only pursues one profession from training to retirement and, in the best-case scenario, follows it without changing the company, is already partly a thing of the past. This development will continue and for someone who is born in 2040, it will be quite normal to pursue different professions in the course of a working life. This is also a great opportunity for the development of the world of work.

These changes already begin with increased life expectancy and other demands on our working world. Looking at developments in recent decades, salaries and average purchasing power in industrialized countries have risen steadily, average weekly working hours have declined and living standards have risen. A reversal of this development seems impossible.

Beer sommelier as the job of the future – smell, taste, feel

For employees, this means that they will have to adapt to three changes in the future. On the one hand, normal life planning will differ immensely from today’s approach. After graduating, they will work as data scientists for a few years, then at the age of 33 they will retrain as beer sommeliers and after a few years, they will strive for a third career as biotechnologists. What sounds rather unusual today, will be a reality and daily social life in the future. Above all, the aspect of lifelong learning and frequent additional periods of education will be reflected in the CVs of employees.

The selection of jobs in the previous point is not necessarily arbitrary. In the future, human work will primarily consist of doing things in which machines cannot compete with humans. An AI can work its way through a digital mountain of files the height of the Eiffel Tower within a few seconds – but a qualified statement about the taste of a beer is rather the task of a human beer sommelier. The work that people will pursue in the future is the kind that will be difficult for an AI to fulfill in the future.

In addition, the way we work together will have to change in the future. AI and Cobots, which relieve us of automatable work, enable people to work together where we can add value – creative teamwork will become more important and the emotional range of people will become more relevant. An important aspect is that we must not perceive machine support as a threat or competition, but as a useful tool that can make dangerous or unpleasant work easier or completely obsolete. AI or Cobots will probably have a similarly powerful effect on workers as the past industrial revolution.

Digital revolution – the labor market of the future

Dystopian future prognoses are therefore anything but realistic and the development of the labor market of the future (after the digital revolution) is already in full swing. It may take some time before the benefits reach the majority of the population, but with the right attitude and a positive mindset, everyone can experience for themselves that machine learning, cobots and artificial intelligence will make life easier for us and allow us undreamt-of possibilities and flexibility.